Projects for the expansion of the company's plants to meet marketneeds

The Libyan Iron and Steel company aims adoption of expansion projects for itsplants to meet market  needs  and reduce production cost and improve the economics of the company and contribute to the building of the national economy , and in order to increase its competitiveness in the global market more efficiently  and economically  .

To achieve these goals, the company has contracted with the Industrial Research Centre in Tripoli to prepare a feasibility study on technical and economic cooperation with one of the world 's Advisory to raise  the production capacity of the companyplants to about 3 million tons of liquid steel per annum , and after the implementation of this study during 2004 a general expansion plan has emerged , and the company has embarked on the implementation of some major projects such as the plan to develop the steel plant (1) the first phase , the development of pickling line, in addition to the company's implementation of some projects to diversify its products such as wire galvanizing wrapping  plant

Due to the occurrence of certain changes in the prices of raw materials and product prices after a period of preparation of the study referred to , the company realised the  need to update the plan, which was built primarily on this study , and it has asked the company during the last quarter of the year 2006 update of the general plan for the expansion of the companyplants by one of the global Advisory companies , and at the same time to determine the number of alternatives to be studied , the company asked specialized a group of international companies to submit proposals for the development of existing equipment for operating plants, and obtained the proposals to increase the production capacities in stages , and after studying various alternatives by Libyan Iron and steel company specialists, building on the current data and the requirements of the market has been reached a general plan for the expansion  of plants and facilities of the company with the completion of the implementation of projects under completion now , the  general expansionplan ( which was adopted at the general board meeting of the Company dated 06-08-2007 ) to raise the production capacity of liquid steel from ( 1.324 ) to ( 4.168 ) million tons per year , and the plan includes the expansion of direct reduction plant  , and the expansion of steel shops , and the expansion of long and flat rolling mills, in addition to the implementation of the necessary upgrades to the port and material Handling systems, electricity and water supplies and auxiliary units to keep pace with the needs of the companyplants after expansion . 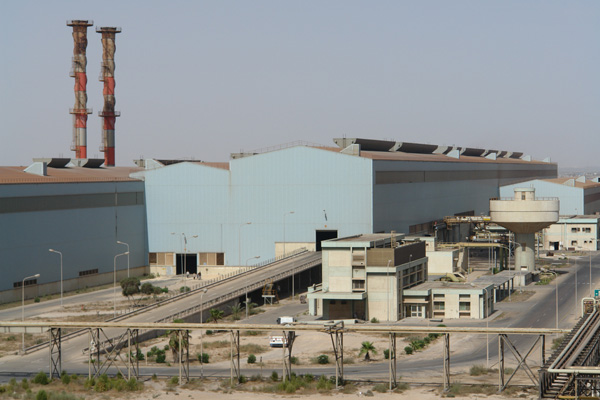