Libyan Iron and Steel company Embarked through programmers and specialists of systems and programming section of the Department of Computer and Systems and Communications in collaboration with programmers and specialists from the dastur Global Engineering in the development of major important systems , and these systems include ( financial , commercial , purchases , stores , personnel , marketing , production planning), according to the contract with the dastur Engineering No. ( 19 ) for the year 2013, where the project was divided into several stages are as follows:

Phase I: The systems include ( financial , commercial , stores , purchases , personnel) .

In 07/01/2013  the study and design was initiated which will change all the old systems independent  of each other  built  on a different basis, to systems linked through the extended LAN , where information is exchanged from one system to another, and to do this development latest programming languages has been adopted the use of the using Microsoft applications and is operated by extended global Network (WEB APPLICATION) this system has been named (CERPS) and depends on the collection of data and processes from all departments of the company in a single database , to produce reports and statistics , graphs, upon which decisions will made in turn lead to reduced losses and errors and follow-up work .

initial tests have been completed for the following systems (commercial , purchases , stores) , and work is underway to complete other systems ( financial , personnel , training ), where the percentage of completion of the project for the first phase is 75% .

1) interrelated and integrated systems where information is entered once and can be seen by all.

2) data updated as entered and no conversion is needed.

4) document retention unneeded where can be extracted from the system at any time except official documents.

6) make sure all procedures are through the system , which limits the presence of errors .

7) the update is immediate after the approval and input.

8) dealing with a unified database to become a zero chance of duplication , and access to the system by operators who are allowed from the administration ( management system ) only .

9) multi- access system will be according to the conditions and regulations of the company.

10) spare parts and consumables are continually evaluated and updated .

11) the speed of completion of the work due to the unification of concepts and definitions for each system modules .

13) senior management can monitor and observe workflow through the system and decision-making steps .

14) feature of sending reminders to the concerned operators.

15) senior management can use any report without waiting.

16) to increase the time available to assess work by section heads and above .

17) a significant reduction in printing costs .

19 ) To assist in the planning of employment after the completion of the processing system.

20) the possibility of Reviewing any movement of competent data follow-up. 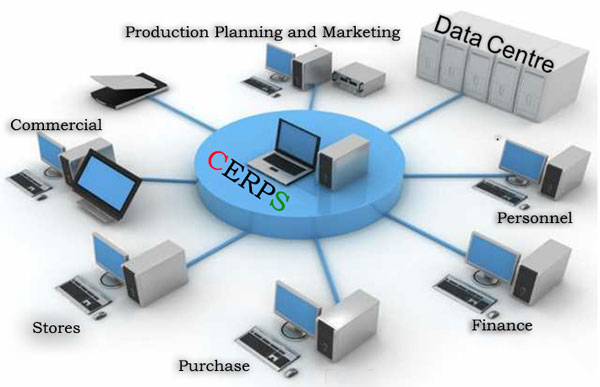 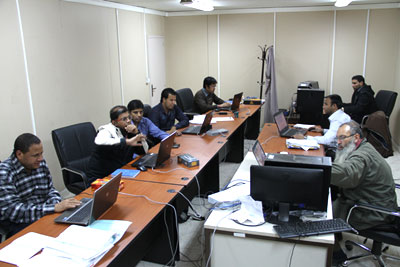