Mr. Abdul Hamid Abuzahr Ambassador of Algeria , and his delegation accompanying him , was received by Mr. Chairman , Dr. Mohammed Abdul-Malik al-Faqih and the members of the board of directors and sector directors .

Attended the meeting at VIP guests hall members of the local council in Misrata and some members  of the Businessmen Council in the city.

Mr Chairman gave company activity profile of production and marketing where he confirmed that the company is moving steadily towards the increase in the production of all kinds of steel , especially from rebar to cover the domestic market , as the country is witnessing a renaissance in construction , the President of the Board of Directors assured that the will of the workers and the strong determination they have, which is enabled us  to move forward towards achieving the best results of progress in the industry to build Libya 17 February 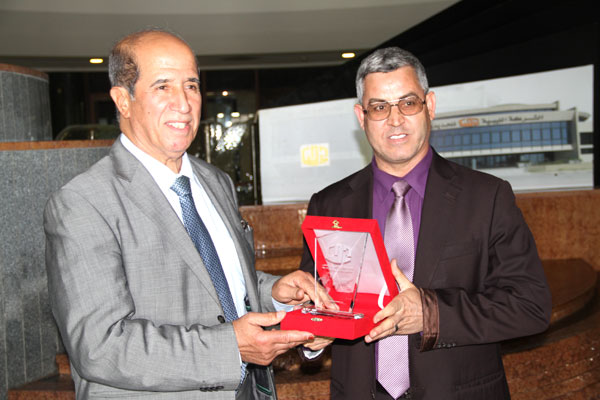 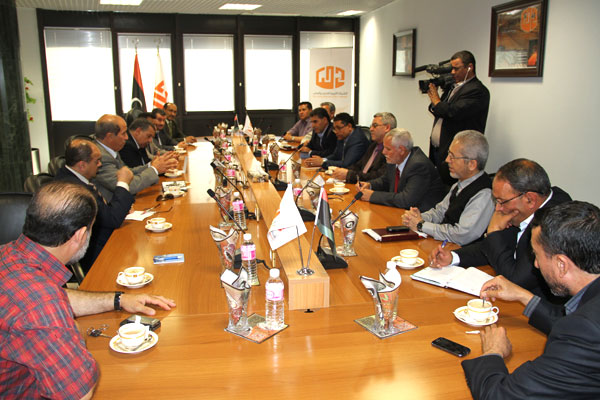