Issuance of two books on the iron and steel industry

Issuance of two books on the iron and steel industry and the company's role in the seventeenth of February Revolution in the fifteenth of November, 2014, the Company held a celebratory at the administration building on the occasion of the announcement of the two versions (iron and steel industry in Libya origins and evolution, the liberation war and the role of the Libyan Iron and Steel) attended by some of the company leaders and who interested in a role in the collection of scientific material that contained in the Releases which are also an important reference for those who research:
The first release contains periods experienced by the iron and steel industry since thousands of years and how it has evolved and is still evolving day after day.
Second Edition discussed what company has provided  for seventeenth of February revolution 2011 and continues to lead until the present day and its role, which is obvious to anyone who was in support of the solidarity of this city and the solidarity of the revolution in general, and to preserve the unity of the country. 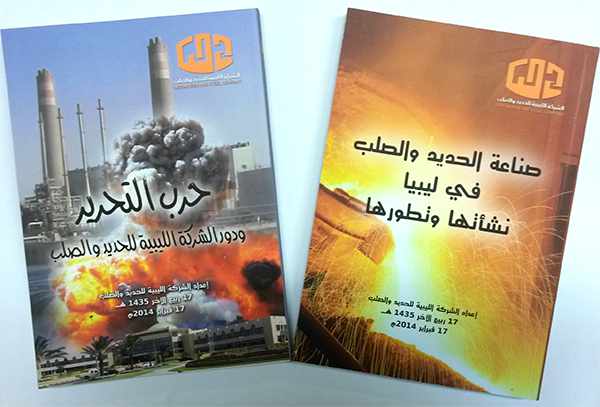